Tyon Grant-Foster is definitely one to watch this year at Indian Hills CC. At 6'7, Grant-Foster has great athleticism, length and natural ability. He is able to play multiple positions at a high level, on both ends of the floor. As a freshman for Indian Hills in 18-19, he showed flashes of greatness and steadily improved throughout the season, finishing the year with 25 points and 11 rebounds against Top 5 team FL Southwestern in the National Tournament.

With added strength and great work ethic, he is ready to perform and play whatever position is needed to help his team win. When asked what position he expects to play this season, Grant Foster said "I am going to play where ever on offense and defense that Coach and my team need me to play.  It will be mostly at a guard position, sometimes at point guard and sometimes on a wing, but I hope that I am able to play in whatever role and position will help my team win each game. I have been handling the ball a lot more this year, working on my decision making and playmaking, and am looking forward to having the chance to use that to help us win games this year."

When asked what his plan is for making a decision and visiting schools, Grant-Foster had this to say "I am most likely going to make my decision after our season. Schools have been coming here to Indian Hills to talk to me and I am just starting to get to know them. I want to cut my list of schools down in the near future and only talk to schools I am strongly considering during the season. I will take official visits whenever I decide that I am strongly considering a certain school and make a decision when I know 100% it is the best fit for me, but that is most likely going to be after our season."

When asked what is he looking for in a program, Grant Foster said "I want to go to a school where I have the opportunity to play a large role right from the start.  I will be a junior, so with only 2 years to play in Division 1, I want to pick a school that feels that I can help them win at a high level and I will have an opportunity to be a huge part of their team. I think I can do a lot of different things on a court well, so I want to be able to play my game and be allowed to use my versatility on offense and defense and not just be forced into one role or position. My goal is to be a professional basketball player after college, so I am looking for a coaching staff that I have a great connection with and a staff that I trust can help me accomplish my dreams. I am working hard to develop on offense into a point guard or combo guard, so I want a coaching staff that is committed to helping me continue to develop my game into that on the offensive end."

Indian Hills has a talented squad heading into the 19-20 season and Head Coach Hank Plona is excited about having Grant-Foster back for his sophomore season. Coach Plona had this to say “I am very excited to have the opportunity to coach Tyon for one more year. He is a special player, and has grown and improved as much as any 2-year kid we have ever had.  I always thought he had the ability to develop into a very high level player, but I am happy that his focus, character, and hard work has made it happen this fast. I would not trade him for any player in junior college.  He is everything a coach looks for in a person and a teammate, and I think the sky is the limit for him as a player.  I know he, along with JD Muila, are excited about leading our group this year and doing everything possible to win a national championship here at Indian Hills, and I am excited to continue to watch him succeed long after he leaves here!”

Expect Grant-Foster's recruitment to heat up during the Fall Jamboree season and his game to go to new levels during his sophomore season playing multiple positions. 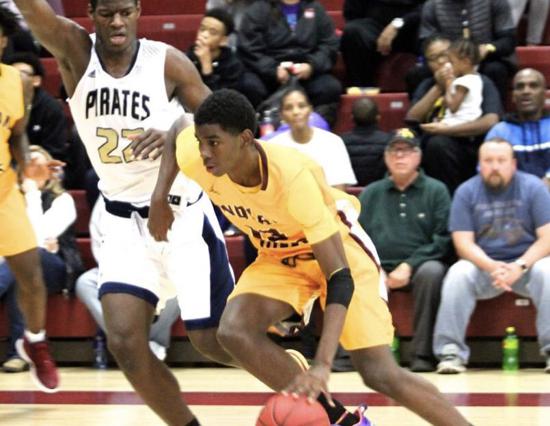