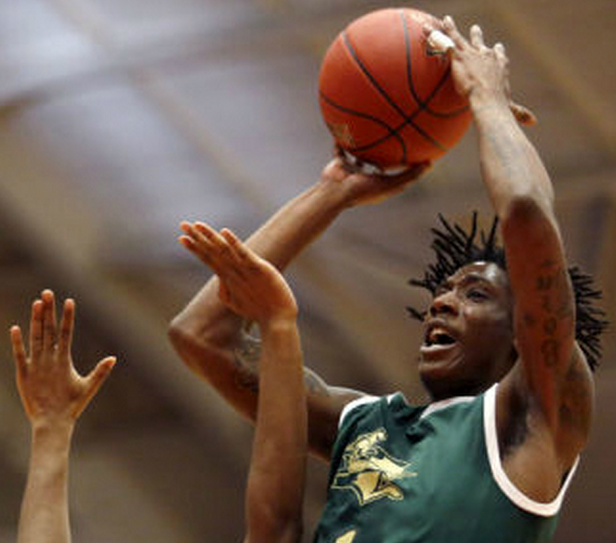 T.J Dunans, a 6’5 wing at Columbia State, has committed to Bruce Pearl and Auburn.  Dunans had an excellent freshman year last season and helped guide Columbia State to the D1 NJCAA National Tournament. Columbia’s season ended in a loss to Vincennes, but Dunans almost single-handedly kept Columbia alive with a 52 point performance on 19-34 shooting.  Dunans is a top 5 player in the 2015 JUCO class and could potentially land in the top few spots in our 2015 JUCO Top 100 player rankings.

Dunans has an extremely diverse game due his ability to knock down jumpers, get to the rim off the dribble and use his size to see over opposing defenses and distribute the ball. He is extremely athletic and won’t have any issues finishing over bigs at the next level. Dunans uses his length and athletic ability on the defensive end to guard multiple positions, get in passing lanes and pound the glass. He is excellent when in transition and is well suited for an up tempo style at the next level.

Last season he averaged 22.8 points, 8.4 rebounds and 4.4 assist per game.  He also averaged more than two blocks per game and nearly three steals per game.