Wildcats one of many high major suitors for JUCO bigs 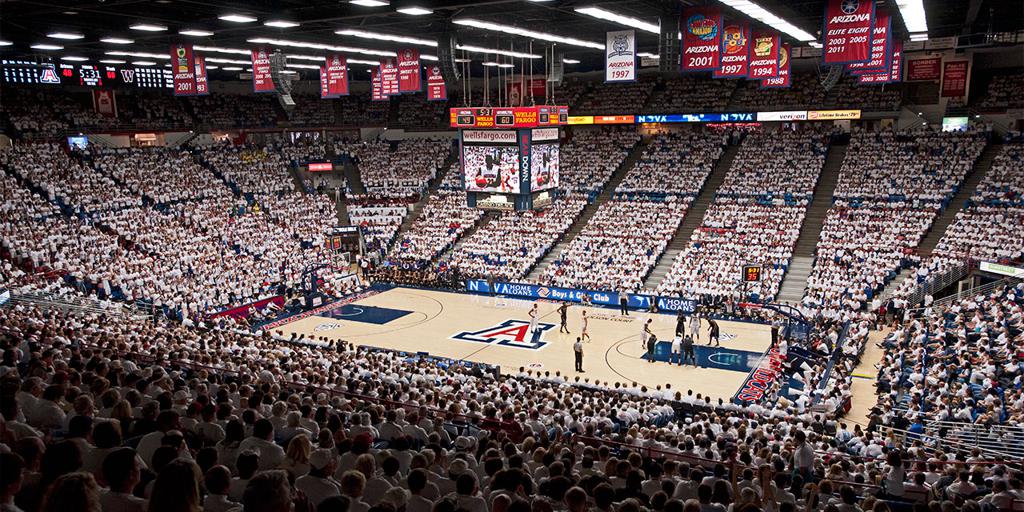 Arizona is keeping tabs on a handful of junior college big men in the 2015 class, but hasn’t pulled the trigger on an offer yet. Arizona has dabbled in the JC ranks over the years by signing Matt Korcheck (out of Cochise College) a few years ago, and Kadeem Allen in their 2014 class. Although Allen is sitting this year, I would expect him to have an impact over the next two years.

Arizona has been out several times to look at Saddleback College big man, Conor Clifford. Clifford is a 7’0 center in the 2015 class who transferred to Saddleback from UC Irvine. He has lost 30-40 pounds this season and is much more mobile than he was when he arrived last summer. Clifford is a true low post, back to the basket, big man who can score over either shoulder. He has a soft touch around the rim and can shoot a jump hook with either hand. Although he has dropped some weight, he isn’t an athletic big who can play extended minutes in an up-tempo system. Clifford is at his best in a half-court style system where he can set up in the low post.

Oregon State was in recently to see Clifford and he has an offer from UTEP. Clifford is also hearing from West Virginia, South Carolina, San Diego State and many more. He won’t narrow things down until after the season.

Arizona is also looking at Kyle Meyer, a 6’10 forward, from Eastern Florida State.  Meyer is a D1 transfer from Iowa, where he spent two seasons (one as a red-shirt). He saw limited action at Iowa last season as a red-shirt freshman and decided to play one year of JC instead of sitting out.  He is having an excellent year for Eastern FL (ranked #7 in the country in NJCAA D1) averaging 15 points and 7.8 rebounds per game. He has the ability to score inside or stretch the floor with his stroke from the three. Meyer is shooting 51.6% from the field and 38% from the three-point line.

Meyer has seen his recruitment really pick up over the last month. Arizona is involved with him and keeping tabs on him as the season winds down. There are plenty of other mid and high-majors recruiting Meyer. He is hearing from Washington St, Missouri, Clemson, Georgia, Tennessee, Mississippi St, Ole Miss, Texas Tech, Houston, Tulsa, Rhode Island and Stephen F. Austin.

Like Clifford, Meyer won’t narrow down his list or set up any official visits until the season ends.