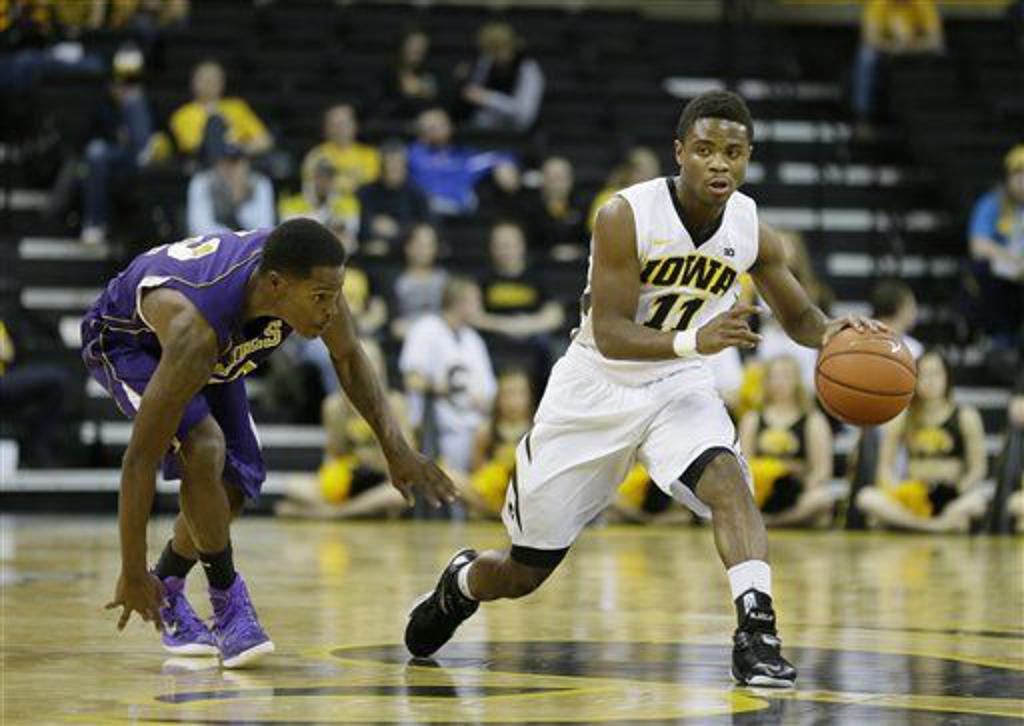 Trey Dickerson, who announced he was transferring from Iowa a few weeks ago, has had multiple schools reach out to him recently. Dickerson was a junior college All-American at Williston State as a freshman. He was able to leave Williston with three years of eligibility, and chose Iowa over numerous other high-major programs.

At Williston he averaged 20 points, 5.7 assists and 3.5 rebounds per game. Dickerson had three years of eligibility to play at Iowa, and used one of those years this season. The 6’1 point guard will have to sit out next season due to NCAA transfer rules and will then have two years of eligibility reaming at his next stop.

JucoRecruitng.com caught up with Dickerson and discussed he discussed his recruitment and what he is looking for when choosing a school. He said he has received plenty of calls from mid and high major programs and will begin sifting through them.

When asked who is recruiting him, Dickerson said, “I’ve been hearing from Clemson, St. John’s, Tennessee, Montana, Iona and Missouri State.”  Dickerson said he is still wide open to all schools and plans to take his time to make sure he makes the right decision. He said he also plans to take his time because of the potential coaching changes that take place in March and April.

Dickerson plans on taking visits in April and making a decision soon after. He said he is looking for a school where he can make an immediate impact on the court and isn’t that concerned with the level (mid or high major). He’s more concerned about the right fit when choosing a school.