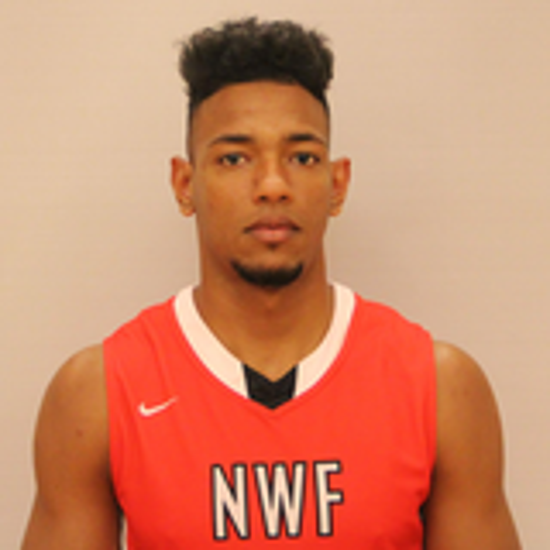 Every year, post players are in high demand and the search for “Bigs” is always a task for every NCAA school and this year is no different.  Jeromy Rodriguez, 6’7 power forward, of Northwest Florida State is one of those post players that schools are looking for.  In the 2015-16 season, Rodriguez averaged 6.7 points and 4.8 rebounds, finishing the year strong and excelling in the Florida State Tournament and National Tournament.  Thru 12 games this year, Rodriguez is averaging 15.8 points and 9.3 rebounds while shooting a very efficient 64.3% from the field.

Rodriguez is a strong, physical presence in the paint area.  He rebounds at a high level and is always keeping the ball alive for his team on offense.  He can rebound and push the ball on his own to create easy baskets for himself and his teammate.  He is powerful around the basket and plays thru contact.  His skills with his back to the basket have improved greatly from his freshman season.  Assistant Coach Rory Kuhn said this about Rodriguez “Jeromy has a high motor and gives relentless effort, he is one of the hardest working and hardest playing bigs in the country.”

JucoRecruiting.com talked with Rodriguez and his coaches about his current offers and interests, his plans for any official visits and what he is looking for in a program.  Rodriguez has had over 60 plus schools from all levels contact him since July.  He has current offers from Wichita State, East Tennessee State, St. Bonaventure and Portland.  Iowa State, Pitt, East Carolina, and Houston have all called recently and are interested.  Expect more offers for Rodriguez to come as the season continues.

Rodriguez will wait to the season is over to plan and take his official visits.  He is focused right now on first winning a Conference Championship, then a State Championship, and then a National Championship.  Once the season is over, he will sit down with his coaches and decide on which schools he would like to visit.  He is looking for the best fit for him and a place where he can play right away and make an impact.