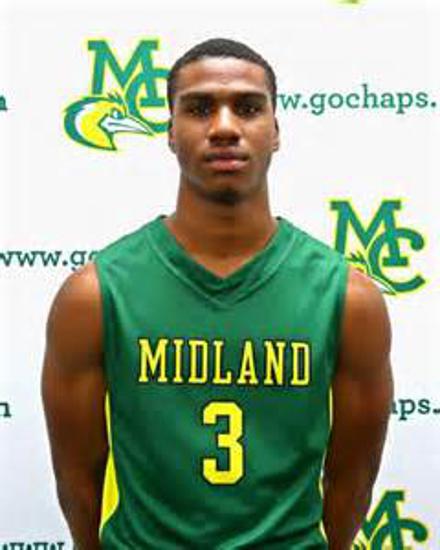 Devin Campbell, a 6’2 combo guard, from Midland College is tough, competitive and knows how to score. Last year at Pratt CC, he averaged 16 points, 5.6 rebounds, and 1.7 assists while shooting 39.9% from 3.  After a coaching change, he decided to transfer to Midland College for the 16-17 season.  Through 14 games, he is averaging 16 points, 4.9 rebounds, and 2 assist per game while shooting 29.9% from 3.  This season he is playing more PG than the previous year, but still scoring the ball at a high level.  He expects to his 3 point percentage to increase with each game. “I am getting extra shots up everyday and expect to make every shot I take in the game.”

Campbell can really shoot the ball and create his own shot.  He has a great release on his jumper and range as well. He can play both the PG and SG positions, but prefers to play the SG position and create from that position.  He is always looking to attack with the ball.  He is a physical defender and can guard multiple positions on the perimeter.  Head Coach Jordan Dreiling said this about Campbell “Devin has made some really great strides on and off the floor this year.  He’s always been a talented scorer but has learned to score at all 3 levels and developed into a much better decision maker. He’s had several games as our top assist guy.”

JucoRecruiting.com talked with Campbell about his current offers and interests, what he is looking for in a program, and his plan for visits after the season.

When asked about what he is looking for in a program, Campbell said “Somewhere where I can come in right off the bat and contribute to a team, a place where I have a good relationship with all the coaching staff, a place that will push me in the classroom and on to a career in basketball after college.” Campbell has already visited Oral Roberts and plans to take the rest of his visits after the season.  Campbell said this about visits after the season, “right now, I am focused on my academics and finishing the season strong.  I want to win a championship.  When the season is over, I will cut my list to 3 and take the rest of my visits after the season.”  He expects to graduate in May but could need to take a class in the first summer session.

You can watch Devin Campbell and Midland College next at home against Ranger College on January 9th.