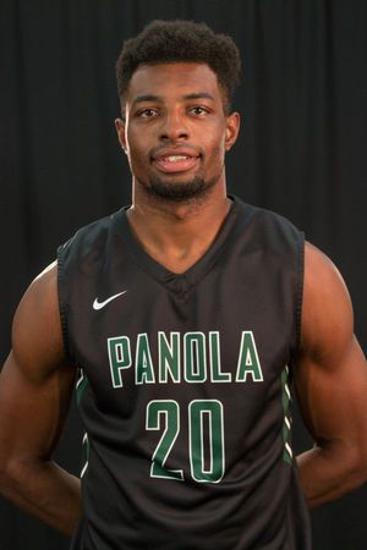 The search for “Bigs” every year is probably the hardest aspect in recruiting for 4 year schools.  This year is no different, with schools trying to find versatile big man that can shoot and play from the perimeter, while also trying to find traditional post players that are great inside on both ends of the floor.  Tope Arikawe, originally from Conyers, Nigeria, of Panola Junior College is a 6’9 traditional post player that knows his role and is a great inside presence.

Tope came over to the US and attended Covenant Christian in Marietta, GA.  He committed to and signed with Troy during his senior year.  Not being a qualifier, he ended up choosing Panola JC with new Head Coach Grant McMillan.  In his first season at Panola (15-16 Season), he was the first guy off the bench and helped Panola to a 24-9 record and helped get them to their conference championship game.  He averaged 8.2 points, 6.1 rebounds, and 2.2 blocks while shooting 54% from the field.

Arikawe is a strong, physical presence in the paint.  He uses his strength to get good position in the paint and soft touch to score around the basket.  He has great hands and has shown the ability to knock down midrange jumpshots given space.  He is constantly improving his offensive skills.  His defensive presence has always been his best asset.  He is very athletic and can guard every position on the floor at his size.  He is a great rebounder and has shown the ability to block/alter shots.

Head coach Grant McMillan said this about Arikawe “Tope has grown a ton from year 1 to year 2.  He has turned himself into a primary scoring option on the block.  He deserves the success he is having on the floor.”  Thru 19 games this season, Tope is averaging 12.5 points, 8.8 rebs, and 1.7 blocks, while shooting 61.2% from the field.  He has multiple double doubles this year.  Panola plays in a very competitive Region 14 in Texas.

According to Coach McMillan, Arikawe is receiving interest from “Southern Utah, Texas State, Nicholls State, Colorado State, Loyola Marymount, New Mexico State, Murray State, and Louisiana Tech.”  His interests from schools will increase as the season progresses.  Arikawe currently has a 3.4 GPA and is expected to graduate in May.

This is a huge week in Region 14 for Tope and the rest of his Panola teammates.  They play at Trinity Valley Wednesday night and at home against Tyler JC Saturday night.  Both games will be online and have numerous prospects in each game.