With the National Tourney around the Corner, At-Large Bids are up for Grabs (Part 2) 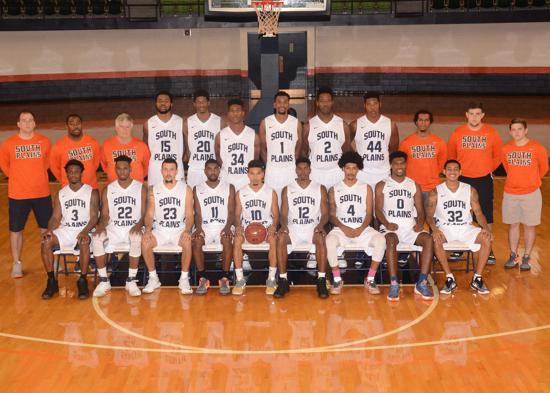 #1 South Plains is only undefeated team in the country

With the National Tourney around the Corner, At-Large Bids are up for Grabs (Part 2)

There are 24 teams looking to get to the National Tournament in Hutchinson, KS March 20th-25th.  There are 16 automatic bids for teams that win a District Championship.  There are 4 rotating zone qualifying bids (Rotating Bids Can be seen below) and then there are 4 at-large bids up for grabs.

There is only 1 week left of the regular season before the Region/District Tournaments start.  Here’s an in-depth look at the top 10 teams from this week’s NJCAA Top 25 Poll.

1) South Plains (26-0) – South Plains is the only undefeated team left in the country.  They won their two games this past week against New Mexico and New Mexico Military.  They have two games remaining against Clarendon and a dangerous Western Texas.  Texas Tech commits Jordan Brangers and Josh Webster lead the Texans.

2) Hutchinson (27-1) – Hutchinson is coming off wins against Barton, Cowley County, and Allen County this past week.  They have two games remaining against Independence and Dodge City.  F Shakur Juiston has been averaging close to a triple double in his last 6 games.

3) San Jacinto (26-1) – San Jacinto won both of their games last week as well.  They won on the road convincingly at Lee College and at Coastal Bend.  They have 3 games remaining on their schedule including a game against Angelina who gave them their only loss of the year.  San Jacinto is one of the few Junior College Teams that start 5 sophomores.

5) Vincennes (26-1) – Vincennes is coming off wins against Lewis & Clark, Olney Central, and Lincoln Trail this past week.  They have 3 games remaining on their schedule before the Region Tournament at Rend Lake College.  The Trailblazers continue to be led by PG Chris Darrington who is averaging 21.1 points per game and 4.6 assists per game.

6) Georgia Highlands (26-1) – Georgia Highlands won all 3 of their games last week against Atlanta Metro, East Georgia State and Chattahoochee Tech.  They have 3 games remaining on their schedule.  6’8 F Kyvon Davenport and 6’1 G Ty Cockfield lead them in scoring at 16.9 points per game each.

7) McLennan (27-1) – McLennan won both of their games this past week against Collin County and Hill. They have 2 games remaining before the Region tournament.  They are led by sophomore guards 6’3 Shannon Bogues (Stephen F Austin) and 6’3 Isaiah Gurley.

8) Jones County (21-1) – Jones County won both of their games this past week against Mississippi Gulf Coast and East Central.  They have 1 game remaining against Meridian and then will host the Mississippi State JUCO Tourney that starts on Tuesday, February 28th.  F Bruce Stevens continues to lead the team in scoring (16.9 per game) and rebounding (12.2 per game).

9) North Dakota SCS (29-1) – North Dakota SCS won all 3 of their games last week against Williston State, Dakota County Tech, and Dakota.  There regular season has finished and next up for them is the Region 13 tournament that starts this weekend.  They are led by 6’1 G James Batemon III who is averaging 21.3 points per game, 5.5 rebounds per game, and 6 assists per game.

10) Moberly Area (25-4) – Moberly beat Missouri West Plains and State Fair this past week but lost to #13 Indian Hills.  They will likely move out of top 10 in the next NJCAA Poll but will still be in the top 25.  They have 1 game remaining against Missouri West Plains.  The Greyhounds are led by G Brandon Better (17.8 points per game).

The zone qualifying bids this year belong to the following Regions: