JJ Rhymes has been one of the most productive Junior College players over the last 2 years for Hutchinson CC and is still available.  The 6’5 lefty wing has a knack for scoring the ball.  He puts constant pressure on the defense attacking the basket and has a great midrange pullup.  He can also score in the post with his back to the basket.

JucoRecruiting.com talked with Rhymes today about his recruitment and what he is looking for. Rhymes has had schools from all over and all levels contact him throughout the year but is only hearing from a few lately.  Rhymes is currently working on dates for Official Visits to Grand Canyon and New Mexico State. Rhymes mentioned “I want to go somewhere where I can play and help get team to the NCAA Tournament.  I want to get better everyday and have a chance to play at the next level after college.” 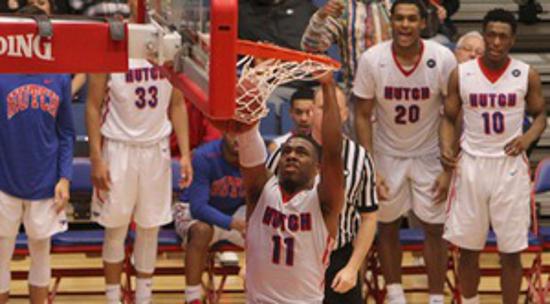