Muila is one of the best defensive bigs in all JUCO. He is a physical presence in the post. He is great at guarding ball screens, guarding on perimeter, taking charges, walling up and rebounding. He can finish with powerful dunks on the offensive end. This season he averaged 6.5 ppg and 6.8 rpg in 21 minutes/game for a talented Indian Hills team. He had a minor injury towards end of year but is now fully cleared. He was ready to have a great Hutch Tourney. 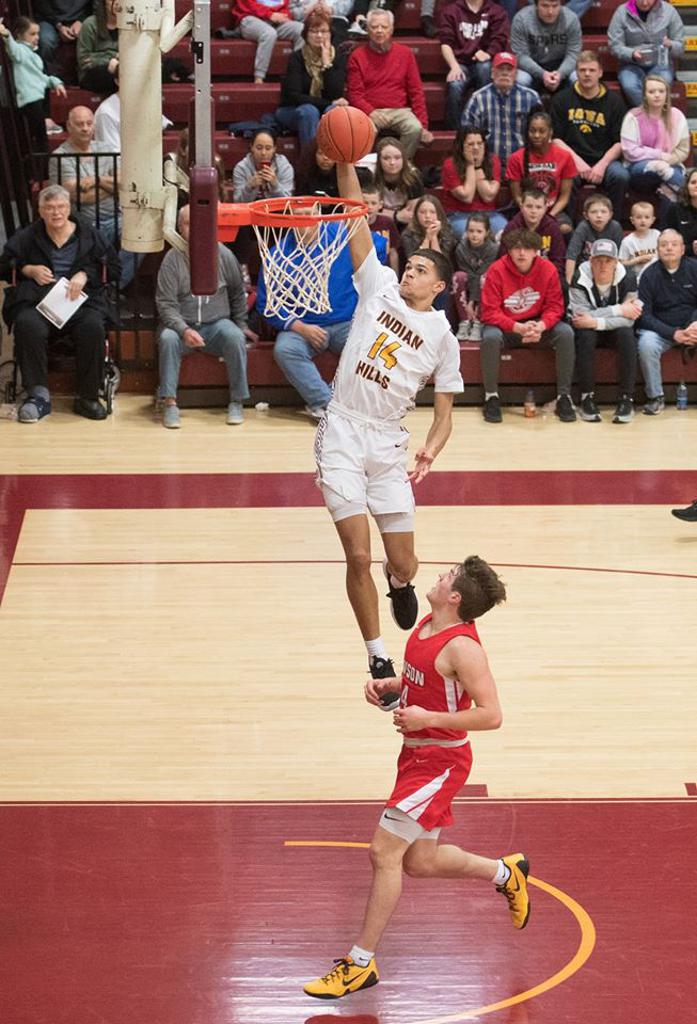 Jeffries is one of the best shooters from deep in all of JUCO. He shot 44.8% from 3 this season (5.8 attempts per game) and made 86 3’s this season. He averaged 9.8 ppg in 21 minutes/game. He can really stretch the floor with his shooting ability and has great feel as well.

Indian Hills HC Hank Plona had this to say about Muila and Jeffries – “JD and Drake are two examples of high character guys that have improved so much since they first came to Indian Hills. They work on their games everyday and are as coachable as a player can be. I look forward to watching them have great careers helping their teams win at the Division 1 level.”