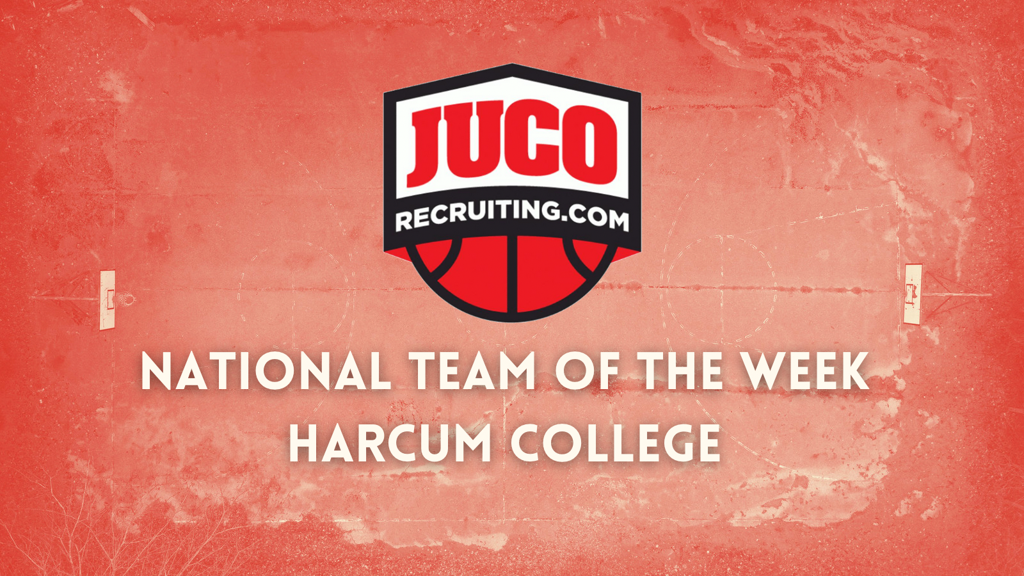 This week's JucoRecruiting.com Team of The Week comes from the northeastern U.S., where we take a deeper look into first-year Head Coach John Ball’s Harcum College Bears. Harcum is no stranger to the national spotlight, after an Elite 8 showing at last year's National Junior College Tournament in Hutchinson, KS. Several players went on to Division 1 after last year, and are producing well for their new teams. Coach Drew Kelly also left Harcum to join the staff at Northern Illinois after serving as the only HC in school history for the past 17 years. Harcum has won at least 20 games every season since the program started in 2005.

This season is no different, as Harcum has raced out to a 15-0 start, including a 2-0 week to open up the second half of their season following the holiday break. The Bears traveled to Bel Air, MD to take on Harford on Tuesday and came away with a 96-68 win. Sophomore returner Amahrie Simpkins led the scoring for the Bears, as he has most of the season, with 23 points on 10-12 FGs for the evening. Po’Boigh King came off the bench to tally 17 points on 3-5 3pt shooting against Harford.

The Bears have a big week ahead as they welcome perennial powers Allegany and Cecil to Bryn Mawr on January 10th and January 14th.