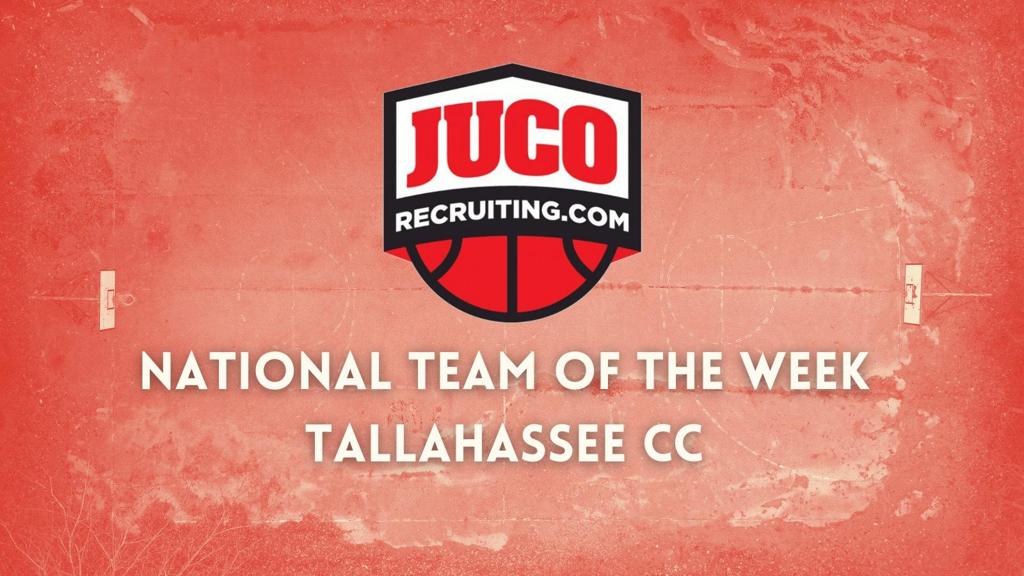 There are few places around the country that can boast the type of talent, coaching & competition found in the Panhandle Conference of Region 8 in Florida.  Plenty of that was on display this weekend in Tallahassee, FL on Saturday as undefeated #1 Chipola visited #5 Tallahassee CC in a top-ranked conference showdown.  The Eagles prevailed at home, knocking off the Indians 62-54 and taking sole possession of first place in Panhandle play.  TCC is now 21-1 under 2nd year HC Rick Cabrera and has been named this week's JucoRecruiting.com Team of The Week after going 2-0 with a 93-82 win at Gulf Coast State as well as its takedown of Chipola.

The week started off hot for reigning NJCAA Player of The Week Addison Patterson, TCC’s leading scorer, who notched a season-high 39 points (16-19 FG) for the Eagles on Wednesday night against Gulf Coast State.  Patterson’s onslaught was the most points by a TCC player in Panhandle Conference play since Marcus Hatten scored 40 in 2001 (also against Chipola).  The Eagles also got 16 points from Malachi Davis, a sophomore guard who provides an electric punch alongside Patterson.

The NJCAA “Game of The Week”, which was also televised on ESPN+, took place on Saturday afternoon in front of a standing-room-only crowd at the Bill Hebrock Eagledome.  #1 ranked Chipola came to town known for its defensive pressure & the game was back in forth the entire first half.  The Indians outrebounded TCC and held them to 38.5 shooting resulting in a 24-24 tie heading into the break.  Tallahassee got out in transition in the 2nd frame, finishing with 18 pts off turnovers & leading by as many as 16.  Chipola would lead a late charge closing the gap to 58-54 with under 2 minutes to play, but Patterson & Co would hold on for a 62-54 win.  Tom Mark finished with 7 points and 12 rebounds to secure first place for the Eagles.

The road doesn’t get any easier for Coach Cabrera this week, as the Eagles face defending champion Northwest Florida at home on Wednesday night, followed by a trip to Pensacola on Saturday.  The rematch with Chipola is slated for Wednesday, February 8th in Marianna, FL.