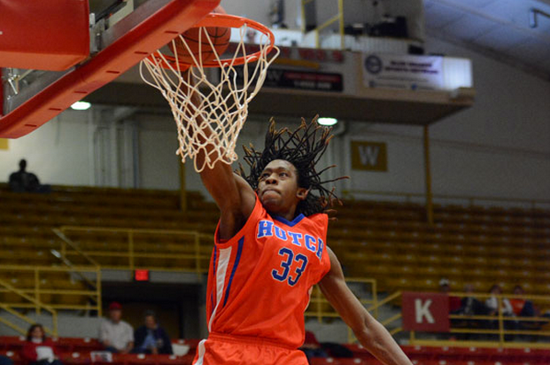 Deshawn Freeman, a 6’7 forward at Hutchinson CC, has been heavily recruited by high majors since last season and that has continued throughout the summer and into the pre-season.

Freeman is forward who has the skill and ability to step away from the basket and attack off the dribble. He is also very good in the low and mid post. Due to his ability to go inside and out, he creates matchup problems for opposing players. He is a good athlete and a very good rebounder who has good timing when the ball is coming off the rim. Last season he averaged 16.4 points and 6.1 rebounds while shooting 56% from the field.

Freeman has Oklahoma and Arizona State coming in to Hutchinson to watch him today. Nebraska, USC and St. John’s will be in tomorrow to watch him. Virginia Tech, along with plenty of other high major programs, are heavily recruiting Freeman as well.

Many of the high major programs stopping at Huch also plan on taking a look at 2016 prospects Bashir Ahmed, Che Bob and Jabari Craig.