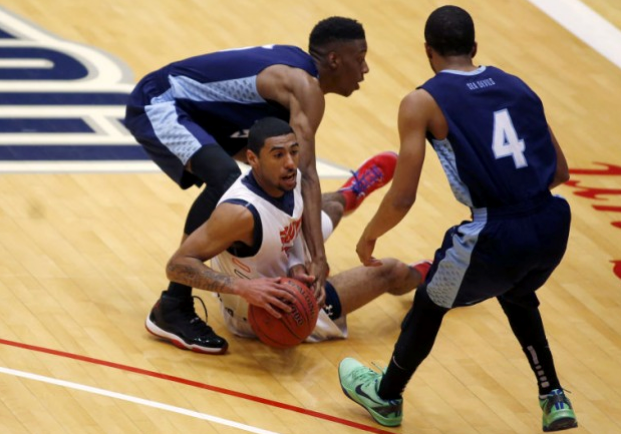 Andre Spight, a 6’3 guard out of South Plains College, has committed to Arizona State. Spight had a very good July and performed at a high level in two national JC events (Jerry Mullen’s Top 100 camp and the All American JUCO Showcase Elite 80). Arizona State made him a priority this summer and had their entire staff at every game at the All American JUCO Showcase Elite 80 camp in Las Vegas. That was obviously an important factor for Spight in making his decision.

Spight told JucoRecruiting.com why he chose to shut his recruitment down early. When asked he picked the Sun Devils over others, he said “The constancy of the Arizona State coaching staff. The really believe in me.”

As a freshman he averaged 16ppg while shooting 42% from the field and 38% from the three point line. Spight helped guide South Plains to an NJCAA D1 National Tournament appearance last season. Spight chose Arizona State over Oregon, Creighton and many other high major programs. He has an official visit set for Arizona State on September 5.