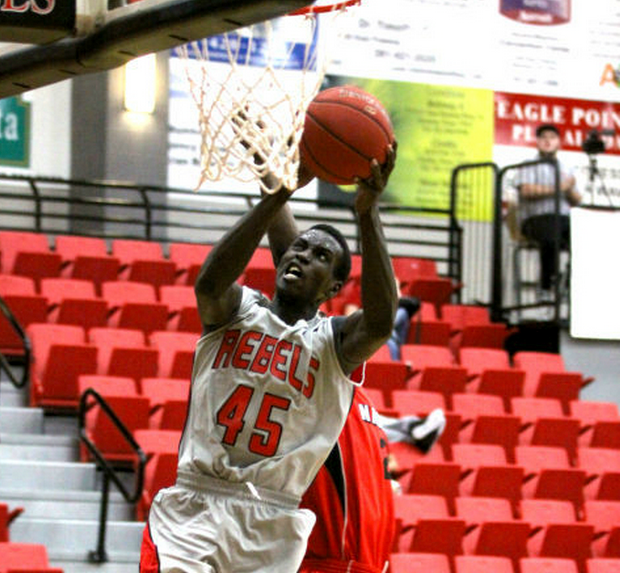 Deng Deng, a 6-8 small forward at Lee College, was one of the best available players in the 2014 recruiting class, and one of the best in junior college basketball this season. He recently took official visits to Baylor, Nebraska and LSU and had Indiana in hot pursuit. Deng made his decision today and gave a verbal commitment to Baylor. He will sign his National Letter of Intent tomorrow.

Deng, who gave a verbal commitment to LSU last year before having to come back to Lee for his sophomore year, is a very versatile guard/forward who impacts the game on both ends. He can guard multiple positions on the perimeter and in the low post. He rebounds the ball well on both ends and is very good when attacking the basket off the dribble. He creates match up problems due to his ability to put the ball on the floor and get by bigger/slower defenders and can post up smaller guards. He has a big time motor and plays extremely hard. He can also knock down open jumpers out to the three point line.

Deng averaged 20 points and 11 rebounds per game this season while shooting 50% from the field. Baylor already has Lester Medford of Indian Hills CC signed, and has done a very good job of adding impact JUCO transfers over the past few years with players like Pierre Jackson (College of Southern Idaho) and Kenny Chery (State Fair). Deng Deng should be the next impact JC transfer for the Bears.