JUCO Update: How the top teams have fared 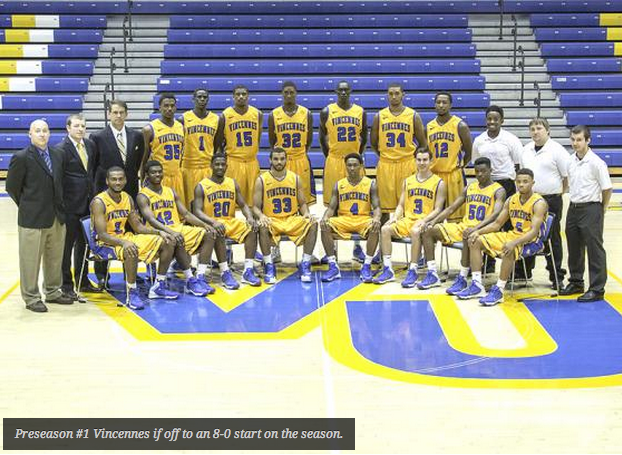 Now that most junior colleges around the country five to ten games under their belt, we will take a look at some of the top teams and players so far.

Vincennes, who was the NJCAA D1 preseason #1 ranked team, is off to an 8-0 start. They have won many of their early games in convincing fashion and it looks like they may continue to do so.  VU is getting plenty of production from sophomores Mychal Mulder and AJ Patty, who are averaging around 15 ppg apiece. Patty, a 6’9 forward, is also averaging 9 rebounds per game. Both Mulder and Patty have seen their recruitment continue to pick up and will sign in April along with a handful of other productive 2015 prospects on the VU roster.

South Plains, the preseason NJCAA D1 #3, is off to a 5-3 start on the season and is led by Arizona State signee Andre Spight, who is averaging 16ppg.

Columbia State, the preseason #4, is off to a  7-2 start on the year. Auburn signee TJ Dunans is averaging 15 ppg on the year and sophomore TJ Cromer is averaging 21 ppg.

The only other unbeaten team in the top 5 other than Vincennes is the College of Southern Idaho, who is off to a 7-0 start. CSI has plenty of depth and talent to make a deep run this year. Western Kentucky signee Fredrick Edmond is averaging 20 points per game and freshman Ar’Mond Davis is averaging  15 point per game. Davis will be one of the most heavily recruited 2016 prospects in country next season.

Chipola College (preseason #7) is currently 3-5 on the season after beating Lawson State. Chipola is led by Dejuan Marrero, who is averaging 12.7 points and 12.9 rebounds per game this year, and TraDeeon Hollins is averaging 13ppg

Salt Lake CC (preseason #8) is also unbeaten so far and off to a 6-0 start. Desean Parsons and Blake Williamson are leading the way with 12 ppg each.

Gillette (preseason #9) is currently 8-1 and is led by Lorenzo Bonam, who is averaging 17ppg. Bonam signed with Southern Miss during the November signing period.

Daytona State (preseason #10) is currently 4-3 and is led by UCF signee Tanksley Efianayi who is averaging 24 points and 6 rebounds per game.