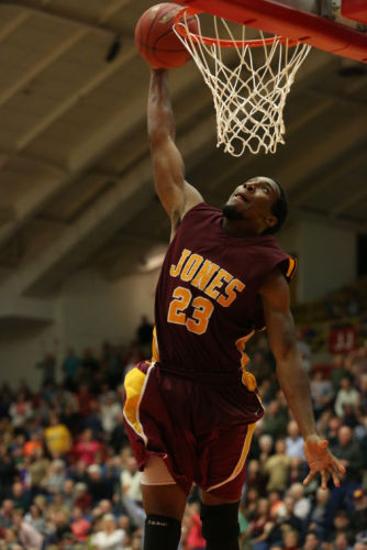 Note: Eduardo Martinez alerted JucoRecruiting.com about this signing via Twitter.

Leroy “Truck” Fludd, a 6’5 forward at Jones County JC, signed a National Letter of Intent with Southeastern Louisiana in November according to SE Louisiana’s athletics website. The school site released the signing news on December 18.  This news is a bit surprising and flew completely under the radar for months.

While this came out of left field, there are strong connections between Fludd and SE Louisiana. SELU’s head coach Jay Lander was Fludd’s head coach last season at Jones County JC when they won the NJCAA D1 National Championship. Fludd was named National Tournament MVP last season as a freshman under Lander.

Fludd is a very good addition for Lander and Southeastern Louisiana. He has the ability to be a major impact player at the next level.

Check back for more updates on this signing.