What is Oklahoma getting in Akolda Manyang? 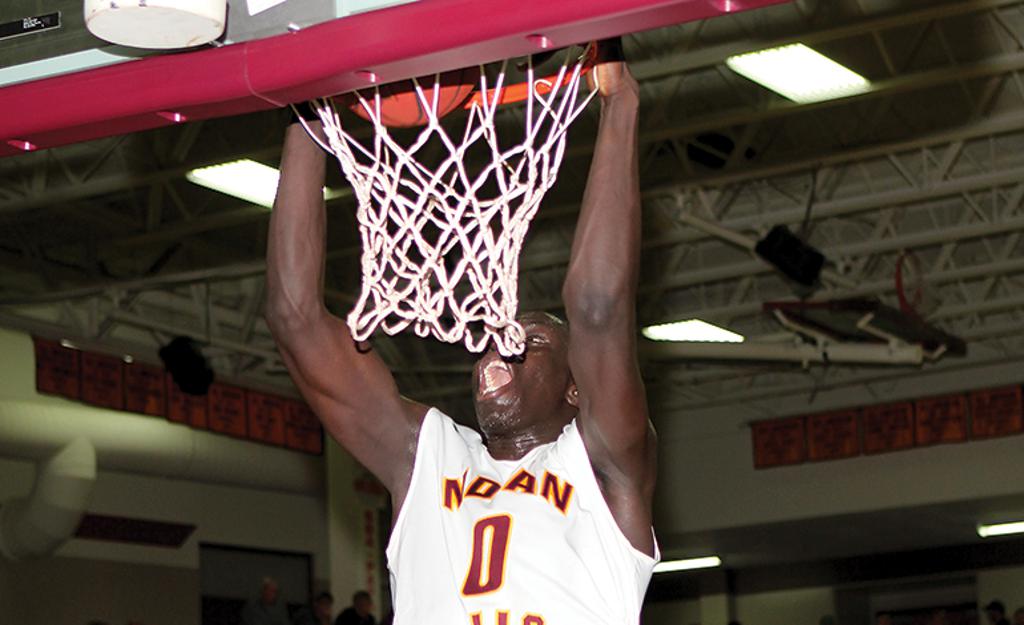 Today we will take a look at Oklahoma’s JC recruiting class, which features one of the top junior college players in the country in the 2015 class. Akolda Manyang, a 7 foot forward/center out of Indian Hills CC, committed to Oklahoma in prior to his sophomore year of JC (June of 2014). He is currently ranked as the #2 player in our www.JucoRecruiting.com 2015 Top 100 Player Rankings. Our final 2015 rankings will be released in June.

What is Oklahoma getting in Manyang? They are getting an immediate impact frontcourt player who impacts the game on both ends. Manyang is extremely long and mobile for his size. Many JC centers don’t have the combination of size, strength and mobility like Manyang does. He was one of the best shot blockers in the country in the 2015 JC class and has a developing offensive game. He has good hands and feet and knows how to set up in the low post and hold position. He can make a jump hook over his left shoulder and also likes to face up in the low and mid post. When scouting Manyang, you can see the developing tools he has on the offensive end. He shows flashes with mid-range step back jumpers and good low post foot work, but also gets tangled up at times and takes too much time when making post moves. Manyang hits the glass hard on both ends and runs the floor very well for a 7-footer.

Manyang is a very good athlete who plays well above the rim on both ends. Right now he will impact the game most on the defensive end with his ability to block and alter shots. If he can continue to develop on the offensive end throughout the summer, he could be very dangerous in the Big 12 next season. Manyang is currently working out with John Lucas in Houston, TX.