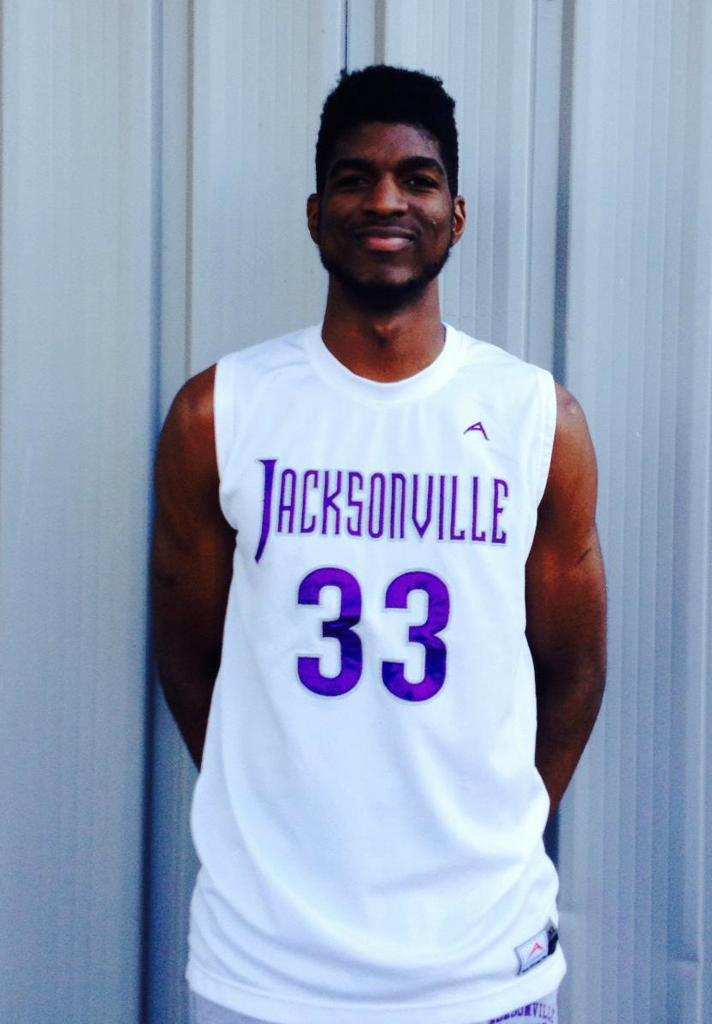 Johnny Hamilton, a 6’11 center at Jacksonville College, has only been playing basketball since he was 16 years old, but has adapted to the game quickly. Hamilton is from Trinidad & Tobago and didn’t have an opportunity to play college basketball until he crossed paths with a pastor who went to Trinidad every year. The pastor, who is from the Jacksonville, TX area, asked Hamilton if he would be interested in playing college basketball. Hamilton said that he would because of the relationship that he had with the pastor.

Hamilton was very raw upon arriving in the U.S., but has developed in his two years at Jacksonville College under head coach Jody Bailey. He will have the biggest impact at the next level on the defensive end due to his ability to block shots. He is a good athlete and rebounds the ball well. He will fit in well in an up-tempo system.

He has seen his recruitment steadily increase this season and many mid and high- major programs are turning up the heat on Hamilton. Indiana has been keeping an eye on Hamilton since the beginning of the season and is still actively recruiting him. The Hoosiers haven’t offered Hamilton yet. Arkansas is another high-major program that has been showing strong interest in Hamilton and it seems as if he would be a good fit in their fast-paced style of play.

Virginia Tech is in the mix with plenty of JUCO prospects in the 2015 class, and Hamilton is the latest prospect that they are showing heavy interest in. It looks like Hamilton has moved near the top of their list for 2015 post players and it wouldn’t be surprising if the Hokies extend and offer soon. Oklahoma State, SMU, Rhode Island, George Mason and Houston are also recruiting him.

Hamilton most likely won’t take any visits or narrow his list down until after the season. He is averaging 8.3 points and 9.2 rebounds per game while shooting 57.7% from the field. Hamilton has blocked 70 shots in 16 games this season.

Here is a new highlight film of Hamilton during conference play this season: