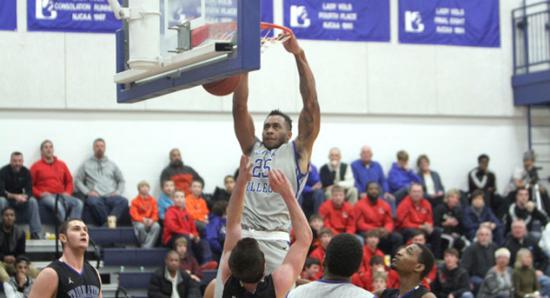 With the regular season now complete, many available 2015 JUCO prospects will see their recruitment explode, while others will begin to narrow down their lists. There are regional/district JC tournaments throughout the U.S. this week. These tournaments are a great place for college coaches to check on multiple prospects leading up to the NJCAA National Tournaments.

Teams that get knocked out of the regional tournaments are done for the year, and this is when most available 2015 JUCO prospects narrow down their lists/set up visits. Here is a look at some of the latest recruiting news in junior college:

Indiana was in to watch Vincennes guard Mychal Mulder on Saturday. Mulder’s recruitment has really picked up over the past month. He picked up offers from Missouri and Creighton and had Louisville head coach Rick Pitino in to see him recently.  Top-ranked Vincennes finished the regular season 30-0 as they head into regional tournament play this week. VU is a lock to play at the NJCAA D1 National Tournament (March 16-20), so don’t expect Mulder to narrow things down until after the season.

Ty Outlaw, a 6’6 guard at Lee College, continues to see his list of suitors grow. Virginia is the latest school to get involved with Outlaw. The UNC-Greensboro transfer is averaging 22 points and 5 rebounds while shooting 52% from the field/45% from three. Virginia is expected to watch Outlaw tomorrow during the first round of the Region 14 Tournament in Jacksonville, TX.

Russell Woods, a 6’8 forward at John A. Logan College, has also seen his recruitment grow at a rapid pace. He picked up offers from South Carolina, Missouri and Kansas State last week. Look for more offers to come for Woods as John Logan enters regional tournament play.