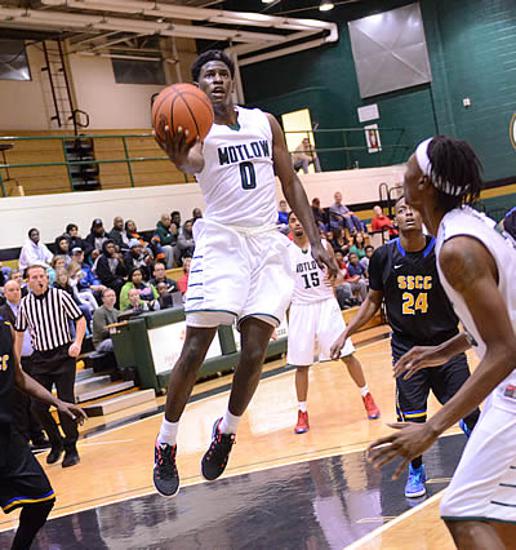 Jaylen Barford, a 6'4 combo guard from Motlow State, is down to five schools. Barford is one of the top 2016 JUCO prospects in the country and is in the mix to be at the top spot of the 2016 JucoRecruiting.com Top 100 player rankings.

Barford was extremely impressive in July at the All American JUCO Showcase Elite 80 East in Atlanta, GA while playing against many of the top JC prospects in the country. He is an extremely strong guard who is difficult to step when he's attacking the rim. Barford weighs in at 210 lbs and he uses his strength to finish through contact around the rim. He does an excellent job of changing speed/direction when he is attacking in transition and sees the floor very well.

Barford is one of the better rebounding guards in the country. Not only does he have an excellent frame, but he seeks out contact and doesn't back down from bigs in the paint. The last guard at the JC level that rebounded the ball in a similar fashion was Gary Payton Jr. when he was at Salt Lake CC. While their games are different, there are many similarities in Barford and Payton's rebounding ability. They both have excellent timing when the ball is coming off the rim and both can rebound the ball and initiate the transition break.

Barford can do it all on both ends and he is going to be an impact player at the next level. His combination of size, strength and quickness/athleticism, along with his scoring, passing and rebounding abilities will be a huge asset to the program that lands him.