Malik Dunbar's recruitment continues to heat up after strong performance 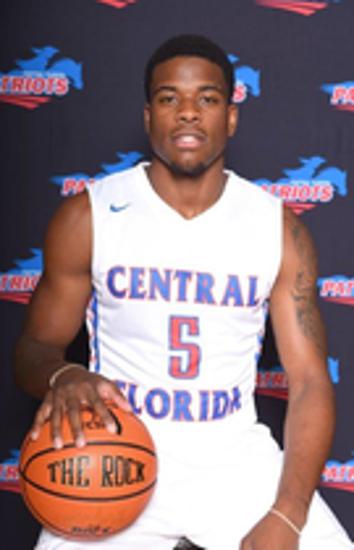 The Florida JUCO Shootout took place this past weekend at the College of Central Florida as well as Santa Fe College.  All 20 of the Florida JUCO’s played 2 games over the weekend.  Malik Dunbar (6’6, Wing, 2017) of College of Central Florida proved his is not only one of the best available players in FL, but also in the country.  He averaged 29.5 points and 10.5 over the 2 games in front of numerous coaches while also helping his team win both games.

Dunbar is a very strong, athletic wing that plays with motor.  He gets to the rim off the dribble and does a nice job of finishing over and through contact.  He is a tough competitor that plays extremely hard.  He can guard multiple positions with his strength and quickness.  He has always been known as a great athlete but he has improved his perimeters skills and outside shooting.  In the 2015-16 season, he averaged 10.6 points, 4.9 rebounds, 0.7 assists while shooting 40.3% from the field and 26.5% from 3. Thru 16 games this season, he is averaging 16.2 points, 7 rebounds, 2.4 assists while shooting 49.4% from the field an 32.1% from 3.

JucoRecruiting.com talked with Malik about his current interests, his plans for any visits and what he is looking for in a program.  Dunbar said the schools that contact him and are recruiting him the most include Portland, Portland State, South Carolina State, UNC Greensboro, South Florida, Jacksonville State, East Tennessee State, Iowa State, Mississippi State, and Wichita State. When asked about visits to any of these schools, Dunbar said “I don’t have any visits set up at the time, but a lot of schools are working on dates for me to come in for unofficial and official visits.”

When asked about what he is looking for in a program, he said “I’m looking for a family like program who is looking to win and getting their players to the next level as a priority.”  Dunbar also mentioned that location is does matter to him by saying “I would definitely like to be somewhat close to home, I have my own family to take care of and I have to help out as much as I can.”

Dunbar is one of the best available wings in the country because of his size, athleticism, and scoring ability.  Expect Dunbar’s recruitment to increase rapidly as the season continues on.  You can see Malik and the rest of the Central Florida Patriots on Dec 31st against Hillsborough CC.