Shawnee CC guard, Michael Miller, making a name for himself in Region 24 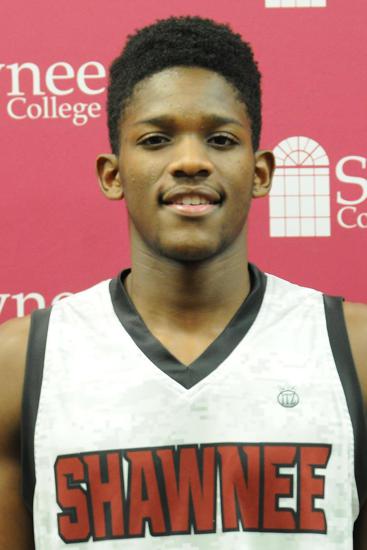 Miller Making A Name for Himself in Region 24

Region 24 (IL) is one of the most competitive regions each year in Junior College basketball.  Numerous Division 1 players come out of this region every year and Michael Miller of Shawnee CC will be included in this list.  The 6’3 left handed PG from Michigan City, IN is as tough as they and plays as hard as he can every night.  He fills up the stat sheet every night and he put up great numbers as a freshman for Shawnee.  He has improved his outside shooting and it is showing thru 11 game this season.  Below is a comparison of last year’s stats and his current stats.

At 6’3, Miller has great size for his position and his ability to finish with either hand in the paint makes him a constant threat.  When asked about his game, Miller said “My strengths are being a good leader on the court and controlling the pace of the game.  Also, being able to score at will and being able to set my teammates up to score.”  Miller is an active defender, using his length and athleticism to get steals and blocks.  Coaches are starting to take notice of Miller’s abilities.   Head Coach John Sparks said this about Miller “Michael is a very coachable player with a high IQ that plays extremely hard, he is always wanting to learn and get better at the game of basketball.  He has gotten stronger and more athletic since being here and will only get better at his next school.”

JucoRecruiting.com talked with Miller about his current interest/offers, what he is looking for in a program, and his plans for visits.  He currently has offers from Arkansas State and South Florida.  Miller is hearing from the following schools: Florida, Jacksonville State, Southern Illinois, Nebraska Omaha, DePaul, Boise State, Morehead State, Ole Miss, Portland State, Oral Roberts, Arkansas Little Rock, Southern Utah, and NC-Greensboro.  Miller admitted that he is wide open with his recruitment and focused on finishing the season strong.

When asked about what he is looking for in a program, Miller said “I’m looking to enter a program that will make me a stronger and better player.  Most of all, I’m looking for a program to make me a smarter player and takes my game to the next level.  One that allows me to view the game in ways I’ve never viewed it before.  And a program that needs me to make a big time impact right away.”  Miller hasn’t visited anywhere yet and will wait to end of the season to take any official visits.

You can see Miller and the rest of Shawnee Saints against Southwestern Illinois College on January 7th.

Michael Miller Highlights from the 15-16 Season